The one dreadful part in every vacation is the moment you realize it’s time to head home. This is especially true when your holiday consists of beaches, dazzling sunsets and practically living in paradise (aka Jamaica). But worry not—we’ve rounded up a list of the best ways to experience Jamaica if you live in North […] Island Outpost wants you to experience the real Jamaica, the one most tourists don’t see. Beyond the beaches and main roads exists the island’s hidden gems. Venture out, and you might find yourself having a roadside chat with a Rasta, or exchanging a friendly smile from a vendor at Coronation Market. These are the moments […] 10 Things Everyone Should Know About Rastas

If all you know about Rastas is that they smoke joints and grow dreadlocks, we are here to set the record straight. Sure Rastas do have dreads and they do smoke marijuana, but it’s so much deeper than that. Here are 10 facts you might not know about the movement that developed in Jamaica in […] The Friendliest Place in Jamaica is Also the Tastiest

We’ve already dispelled the myth that Jamaicans are unfriendly, but if you’d like to see for yourself, head to Coronation Market in downtown Kingston. Known as “the stomach of Jamaica,” this massive farmers’ market in an iron-covered warehouse is filled with hundreds of vendors from all around the island. it runs from Thursday mornings to […] On December 12, 2015, UNESCO Director-General Irina Bokova announced the induction of 47 cities from 33 countries as new members of the UNESCO Creative Network. Cities such as Adelaide, Australia and Medellin, Colombia, were acknowledged for their work in one of seven creative fields: Crafts and Folk Art, Design, Film, Gastronomy, Literature, Media Arts and […] You may not have heard of The Alpha Boys’ School in Kingston, but you’ve probably heard music that wouldn’t exist without it. Many great Reggae and Ska artists (such as reggae deejay Yellowman and legendary Ska group, the Skatalites) went to the esteemed music school. Another name you need to know? Sister Mary Ignatius Davis—the […] Jamaican Stereotypes and Why They Aren’t True

Jamaicans all smoke too much ganja. They only listen to reggae. Everyone is a rasta. These are common stereotypes—and they are simply not true. Here are seven lies we’ve heard again and again, and why you shouldn’t believe them. 1. Kingston is dangerous: Sure, there are areas in Kingston that are less than glamorous, but […] Is Jamaican Cuisine the World’s Next Big Food Craze?

Jamaican chef Oji Jaja will cook alongside international food superstars at NyamJam Festival’s culinary and music bazaar on Saturday, November 14th. It’ll be a highlight of a career that started long ago: From the time he was six years old, Jaja stood beside his father cooking family meals. “It beat doing the dishes,” he says. […] Most Kick-Ass Dreads in Jamaica

Walking down the streets of Kingston, you notice a young boy with dreadlocks flowing past his waist. Across the street, a woman sells fruit; the sunset creates a halo around the dreadlocks that she wears in a sweeping high bun. Young, old, male and female: Dreadlocks are worn by many in Jamaica. While the hairstyle […] 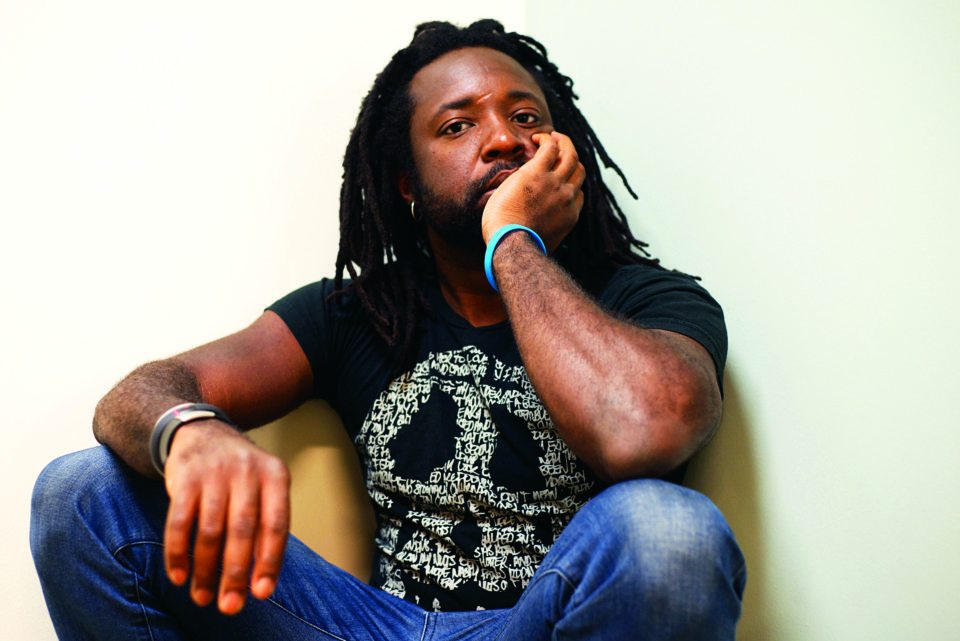 “Jamaica is the one place in the world I have the right to be.” Marlon James Interview Part Two

Continuing our exclusive interview, Marlon James—the Man Booker-shortlisted author of A Brief History of Seven Killings—reveals his favorite Jamaican beach, beef patty and Bob Marley song, and talks about his stint working with us here at Island Outpost! Read our first interview with James here. By: Nadja Boncoeur When writing your book, what drew you […] A Brief History of Seven Killings, Jamaican novelist Marlon James’ celebrated book, is anything but brief. The epic story takes readers on a journey back to Kingston, Jamaica, during the late 1970s, beginning with the attempted assassination of Bob Marley. What follows is a chilling tale of seven killings, immersed with violence, politics and a […] Healthy living is a huge part of the Jamaican culture. Sure, one of our most popular dishes on the island happens to be jerk chicken smothered in a smoky spicy sauce, but everything in moderation, right? Balancing a healthy lifestyle, using natural remedies, and indulging in the freshest of seasonal fruits and vegetables is our […] When you think about Jamaica, the first things that come to mind are probably the beaches and beautiful sunsets. But beneath the clear waters and colorful skyline lies one of the island’s biggest issues—our coral reefs. THE SCARY FACT: The coral reefs in the Caribbean may disappear in 20 years. Coral reefs are the […] What began as a small, informal party in the hills of St. Andrew has now grown into one of the most important dub parties on the island. Every Sunday, hundreds make their way up the hill into what seems to be someone’s home—but what’s actually the best party in town. Behind the turntables is Gabre […]